To Teenagers: Here’s How You Can Get Along With Your Parents Better 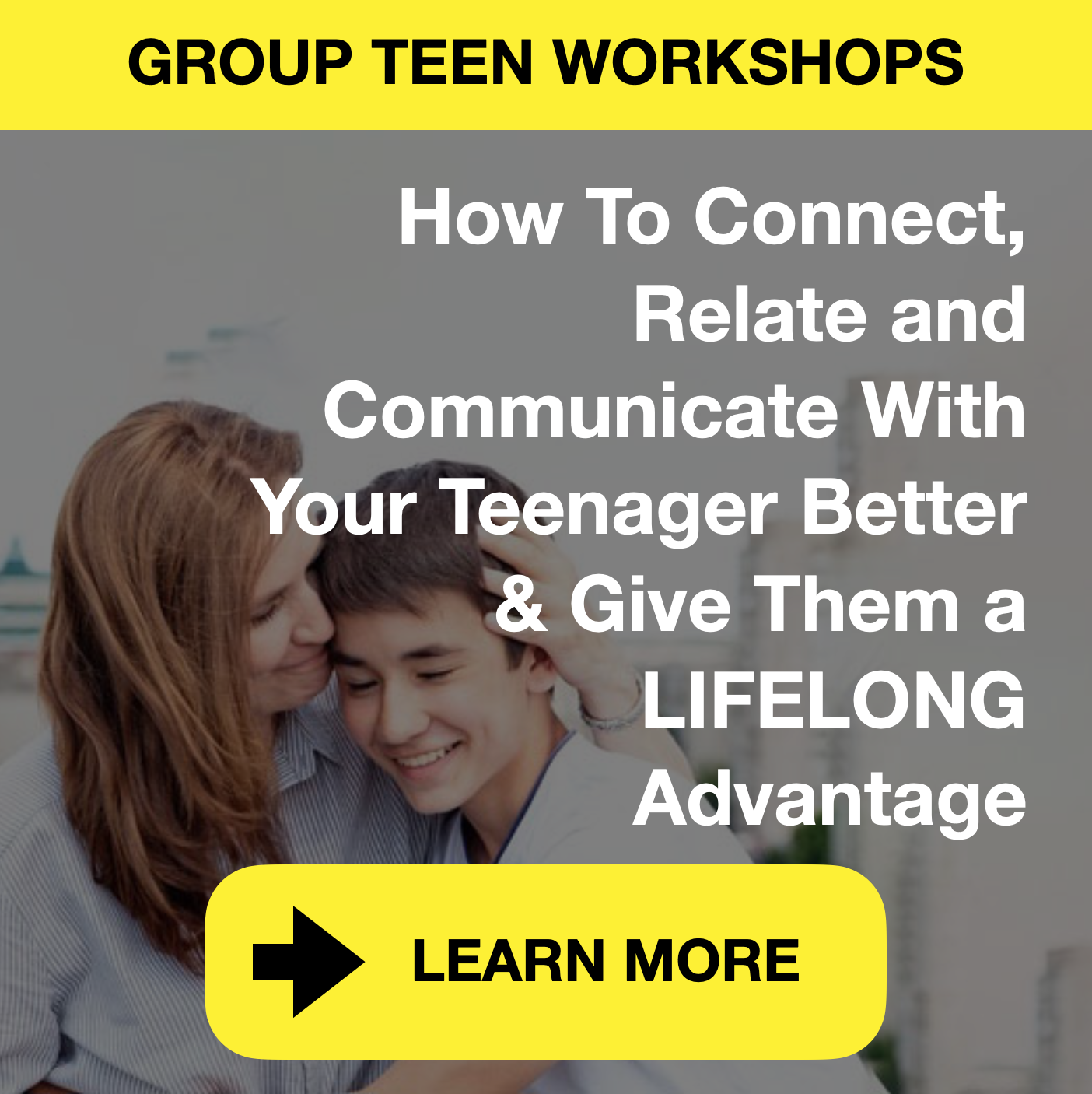 In the last post, I spoke about opening up the lines of communication between you and your teenager.

In this post, I want to direct it towards your teenager, and hopefully, you as a parent of your teenager will also find it useful in terms of getting a little bit more perspective.

Being a Teenager is Tough…

On the one hand, you want to be independent. But on the other hand, you have no power.

You want to establish your own identity, but you’ve got to fit in with your peer group.

You love your parents but your peers are the source of all knowledge.

So being a teenager is tough.

And you do this process 5-6 times a day.

You’re pretty much told when to eat, when to sit still or to stay quiet, and then when you get home, maybe you’ve got chores to do, homework to do, and before you know it, it’s bedtime.

You then get up the next morning and start the process all over again.

Is it any wonder that sometimes you just want to push back a little bit?

Teenagers – Find Something That Gives You A Sense Of Control

This could be sport, video games – it could be any hobby.

Whatever it is, it’ll provide you an avenue of challenge where you feel a sense of success, a sense of achievement.

That’s the key – it’s YOUR choice. Not the choice of other people around you. It’s yours and yours only.

Now, when you make choices, they shape your life. So it’s important to know as much of the information around the choices you make as possible.

And the information I want to give you is some knowledge around the difference between your brain still developing and the adult brain.

Let me give you a scenario for example:

Have you ever come from maybe 10-15 minutes later than you said you’d be or maybe even half an hour?

And you walk in the door and your mum and dad are really angry and they’re just going off at you for not letting them know you were going to be late and not responding to their calls and messages.

And you’re like “What’s the big deal? My phone went flat. Chill.” Right?

In that 10-30 minutes, your mum and your dad potentially visualized you in any number of scenarios, including:

They’ve not only imagined it – they’ve lived it. They’ve experienced it in that they’ve actually felt it.

So the one thing that will 100% trigger your parents is when they’re concerned for your safety.

Your Parents Are Triggered Because They’re More Experienced With Risk

When you’re a teenager, you like to live in the moment and take chances. In other words, you’re a risk-taker.

And it’s important for you to realize that there is one thing that your parents have more knowledge in than you – and that’s in relation to risk.

See, as a teenager, your brain is still developing at this stage of your life, and because of this, your reasoning capacity isn’t as developed.

But, on the other hand, your parents can. They’re older, they’ve been there and done that.

They’ve lived long enough to know what can happen when you do certain behaviours. They know the possible consequences of your actions.

So trust them – okay?

In essence, the reason they get so triggered is because they care about you so much.

If they didn’t care about you they wouldn’t get so worked up about it.

The Best Solution is to Communicate with Your Parents

The best solution in this scenario is for you to give your parents information.

If you want to earn your trust, the best way is to show your parents that you’re a responsible young adult, and the best way to do this is to communicate.

Just to give them information. Let them know where you are. How hard is it to just give them a text and say “hey look, I’m going to be a few minutes late.”?

You’ll save your parents a lot of angst.

So if your parents know, for example, as we did in the last video about when they need to give you some space, you also need to know the one thing where they find it hard to control their emotions and give them the benefit of the doubt on that one.

Because when you do, you’re going to go a long way towards improving your line of communication and improving your overall relationship with your parents.

So guys please get on a connect, relate and communicate with your parents.

And parents, connect, relate and communicate with your kids.