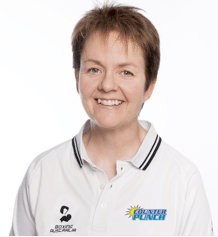 Hi my name is Mercedas Taaffe-Cooper but I answer to Merc. CounterPunch is a program I have developed combining my experience as a registered psychologist, sports and exercise scientist and successful boxer and coach. With thirty-five years of experience in this field CounterPunch combines everything I have learned to deliver an effective, fun-filled, evidence based program to guide young people toward achieving their undoubted potential.

As a teenager I used to think I was the only one who thought the way I did and felt as disconnected as I did. Now I realise everyone has their own thoughts, feelings and insecurities just like I do. For me, connecting was the biggest step toward becoming truly happy.

Connecting on an emotional level is difficult, especially if you’ve learned not to trust or haven’t developed an emotional vocabulary. Articulating feelings can be challenging. It’s hard to connect with the world around you if you haven’t learned to connect with yourself. The way I first connected with myself was physically. Exercise was my pill of choice.

Eventually exercise, specifically boxing, facilitated the connection between my mind and body, and ultimately connection with my spirit. My biggest life lesson is two-fold. First, I learned I needed to connect with myself before I connect with the world, and second, the easiest way to make a connection is on a physical level. I’ve found this to be particularly true when connecting with young people.

For years, my focus was only on physical achievement. I was driven to challenge myself and achieve as much as I could. When I took up martial arts, I had a black belt within two years, I was a European champion in three years, and a world champion within four years. I trained to the point of addiction. But despite all my achieving, I never really felt fulfilled.

Once I realised the potential of connecting mind and body, or connecting thinking with physiology, I became determined to learn as much as I could at an intellectual level. I studied, among other subjects, Psychology, Martial Arts, Boxing, Sports and Exercise science, Energy healing and Reality Therapy/Choice Theory.

With all of this, it was perhaps inevitable I would become a psychologist, but my journey took a few scenic detours along the way. However, coaching is something I’ve done for a lifetime, and it’s always been a deep passion of mine.

The ultimate piece of the jigsaw for me in developing the CounterPunch program came when I first learned about William Glasser’s contribution to Positive Psychology in the form of Choice Theory and its application, Reality Therapy. I’d won a scholarship to study a PhD in Sports Psychology at the University of Limerick, Ireland, the same institution where I’d gained my BSc in Sports and Exercise Science. As part of my research, I needed to do some training in Choice Theory, and this training proved to be a major turning point in my life, so much so, that shortly afterwards I gave up my 60,000 euro scholarship to do my PhD, sold the home I grew up in and set in motion my plans to immigrate to Australia. That’s how powerful this learning was for me. I’ve actioned the concepts I learned. I know they work, because I’ve experienced the results.

The outcome of my life- long learning is CounterPunch!

WHY IS THERE A NEED FOR COUNTERPUNCH?

CounterPunch was developed as a program that provides youth with a response to needs rather than a reaction to crises. The current Education system works for some students possibly even for the majority. However, the fact remains that one system won’t work for every student.

“Everybody is a genius, but if you judge a fish by its ability to climb a tree it will live its whole life believing it is stupid.”

Imagine if the school curriculum taught young people how to meet their needs effectively, create good relationships, develop and maintain resilience and self-esteem, be responsible for their choices and be proactive in their own wellbeing.  Imagine if schools had more options when trying to connect with students, especially those for whom the current system is failing. What if options were available that don’t punish but instead give real, active and inspiring alternatives?

This is why I’m so passionate about creating real change for those whose needs aren’t being met, by providing an appealing proactive alternative. It’s why I developed CounterPunch. I saw a need for other ways to connect in a positive and fun way. This year I got the opportunity to publish the CounterPunch story in the book Elevate Your Life.

You can receive a free chapter of the book CLICK HERE 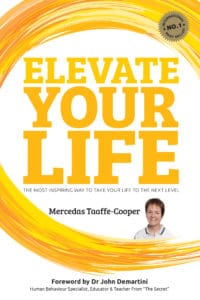