Are You A Combat Coach

(Unlimited growth potential if you choose to invest more time)

Combat Coaches Are Under-Valued and

Under-Recognised For The Impact They Actually Make

As a combat coach, you know the mental health benefits of physical activity and the correlation it has with overall wellbeing.

And having discovered those benefits for yourself many years ago, you also discovered a love for helping others do the same.

The problem is, the impact of what you do as a combat coach is vastly undervalued and under-recognised by those outside of our sport – particularly with regard to the education and development in skills such as emotional regulation.

Instead of seeing combat sport as the perfect medium for teenagers to:

Much of society outside the sport see it as:

I remember many years ago, being in an office in Ireland talking to a civil servant in a suit and tie, and being told by him that no matter how much of an impact coaching combat sports what actually having on the lives of young people I coached, it didn't matter — he couldn't fund what I was doing because I didn't have a "recognised piece of paper" to say I was qualified in something other than my numerous combat coach qualifications — despite the great job I was doing,

That's why I became a psychologist.

You Don't Need A "Piece Of Paper" To Prove Yourself

Now you probably don’t have a spare 8 years and thousands of dollars to go and become a psychologist – even if you wanted to.

But I also know that what you do as combat coaches in your gyms everyday has a MASSIVE role to play in meeting the current needs of adolescence.

To build resilience, to build confidence, and just life skills in general – especially in the current climate.

That is why I want to engage combat coaches as part of my CounterPunch™ Facilitators team.

As a combat coach, a sport scientist and a psychologist myself, I want to teach you the missing 'piece of paper' stuff – for you to get that external credibility and recognition you’re entitled to, to maximize what you already do and the skills you already have, by just adding those last couple of jigsaw pieces to complement what you already offer.

Through an evidence-based program I've developed over the last 40 years called the CounterPunch Method™.

“Mercedas and her program changed my son’s life completely. CounterPunch has increased his self-esteem hugely, helped him overcome anxiety and fear, now exhibiting tolerance and empathy. He has ceased all medications and counselling, obtained his driver’s license and become one of the programs young leaders."

"I learnt a lot about myself in the months I was there, Merc you taught me a lot about who I could be. When I started I wasn’t trying to achieve anything but now I am. I believed in the program from the start and will use my voice to show what this program did for me”

What Is The CounterPunch™ Method?

And Why Combat Coaches?

Teenagers go through a period of rapid transformation and identification as they transition into adulthood – and with that comes many emotional challenges.

They're flooded with new emotions they haven't felt before and don't know how to manage, and they're consistently trying to balance between the identity of being a dependent child versus an independent young adult.

The CounterPunch™ method teaches teenagers practical tools to both understand and effectively master the life skills needed to recognise, manage and express emotions such as stress, anxiety, anger and depression in a healthy manner – skills that if teenagers don't learn, can affect the quality of their lives later in adulthood.

The Problem With Traditional Forms Of Therapy And Counselling For Teens

The first thought that might come to mind is that this is the role of psychologists and counsellors, as they are specialists in this field.

The problem with this is 3-fold:

That's where the CounterPunch™ method comes in to fill the gap.

Rather than only addressing the mental health side of things, or just the physical health side of things, CounterPunch looks at addressing the skill and knowledge gap in a truly wholistic manner in order to help teenagers develop into fully functioning adults that can reach their true potential in life – we refer to this as the Performance Jigsaw™.

In my many years working with young people, I have found that the need to feel empowered, significant and competent is the biggest factor driving teenagers' behaviour.

And the easiest way for teenagers to feel this sense of empowerment is on a physical level — something you already help them with.

That's where you (the combat coach) come in, and why I need your help.

“Coming into the workshop I was hoping to get some skills and strategies to help students who are dealing with anxiety, depression and to develop some self-regulatory skills...

It's really exceeded my expectations... I mean, I found it most useful for myself which I didn't expect. Merc's psychology background has really taught me a lot about why I behave the way I do at certain times, which I didn't think I'd be coming here to learn about myself, but I really have.

I also found the boxing skills a lot of fun – I think a lot of teachers need to do this course, especially leadership groups, counsellors...

I think coming here is just a totally different experience. It'll only add value. So very grateful that I've been shown this."

“I was really excited when I found out about CounterPunch because I love the whole mind-body connection in mental health.

Learning all the different strategies to connect with young people, particularly working with values and what drives behaviour and how we can elicit more positive behaviour using these mediums — I can see how passionate Merc is about it.

And I can really see the benefits of applying this – particularly in early intervention but I can see it working with fairly disengaged kids as well. And just to learn how to engage young people through the physical side but with the psychology also backing it up.

Merc simplifies it so that it's easily useable and you don't have to be in clinical psychology to deliver this program."

What Sports Coaches Say About CounterPunch™

“"One thing I got from CounterPunch was that I was able to relate more to the children in my class and more importantly to my children at home."

“"What I got from Mercedas was a far better understanding of how young people think, maybe to get down more to their level and talk to them."

Endorsed By Teenagers Too!

"The CounterPunch program really helped me to learn how to deal with my emotions internally, and through that, it gave me a better understanding of how my emotions actually work, which led to a massive improvement on how I was feeling in just my day to day life.

And as I progressed through the CounterPunch program, I had the opportunity to work with some other kids dealing with their own problems.

And from the time I started assisting in the group sessions to when we finished, I saw a massive improvement in things like confidence, communication skills, mental resilience, resistance to negative peer pressure.

Overall, I think the CounterPunch program has helped so many people and I don't know where I'd be today without it."

"The CounterPunch program to me was a great way to learn a bit more about myself and gain some new skills – which have already been really handy.

One thing I particularly got out of it is improved sense of self-confidence and self-esteem, and even self-awareness. And moving forward in life, I'm confident that these skills are really handy.

It feels great having those tools available. I'd highly recommend it to anyone. It's a really valuable experience."

Why should you listen to me?

Great question! Here's why I'm qualified to teach you how to help you achieve your full potential as a combat coach...

My name is Mercedas Taaffe-Cooper, and for the last 35 years I have been honing and combining my skills as a martial artist, a combat coach, a sports & exercise scientist, and a registered psychologist into an overarching method I call the CounterPunch™ method. 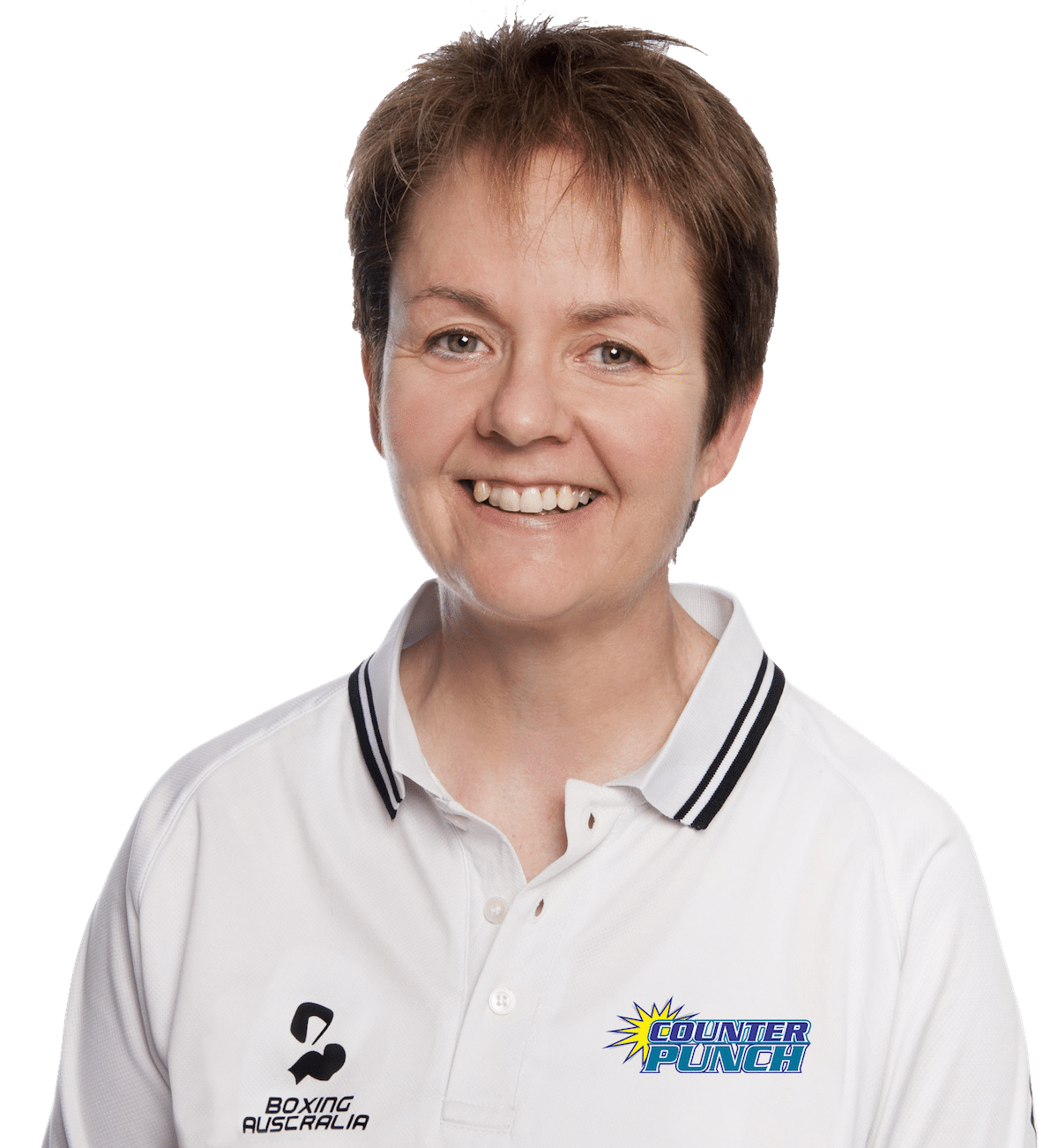 To give you insight into why I'm so passionate about helping you help teenagers become the best they can be, I'd like to invite you to jump back in time with me, and re-live my journey in 10-year increments.

My Start As An Athlete

My journey starts over 30 years ago, when I first competed as an athlete. Through rigorous training and conditioning, I'm proud to say that I've won a total of 25 titles in martial arts and boxing tournaments since, including: 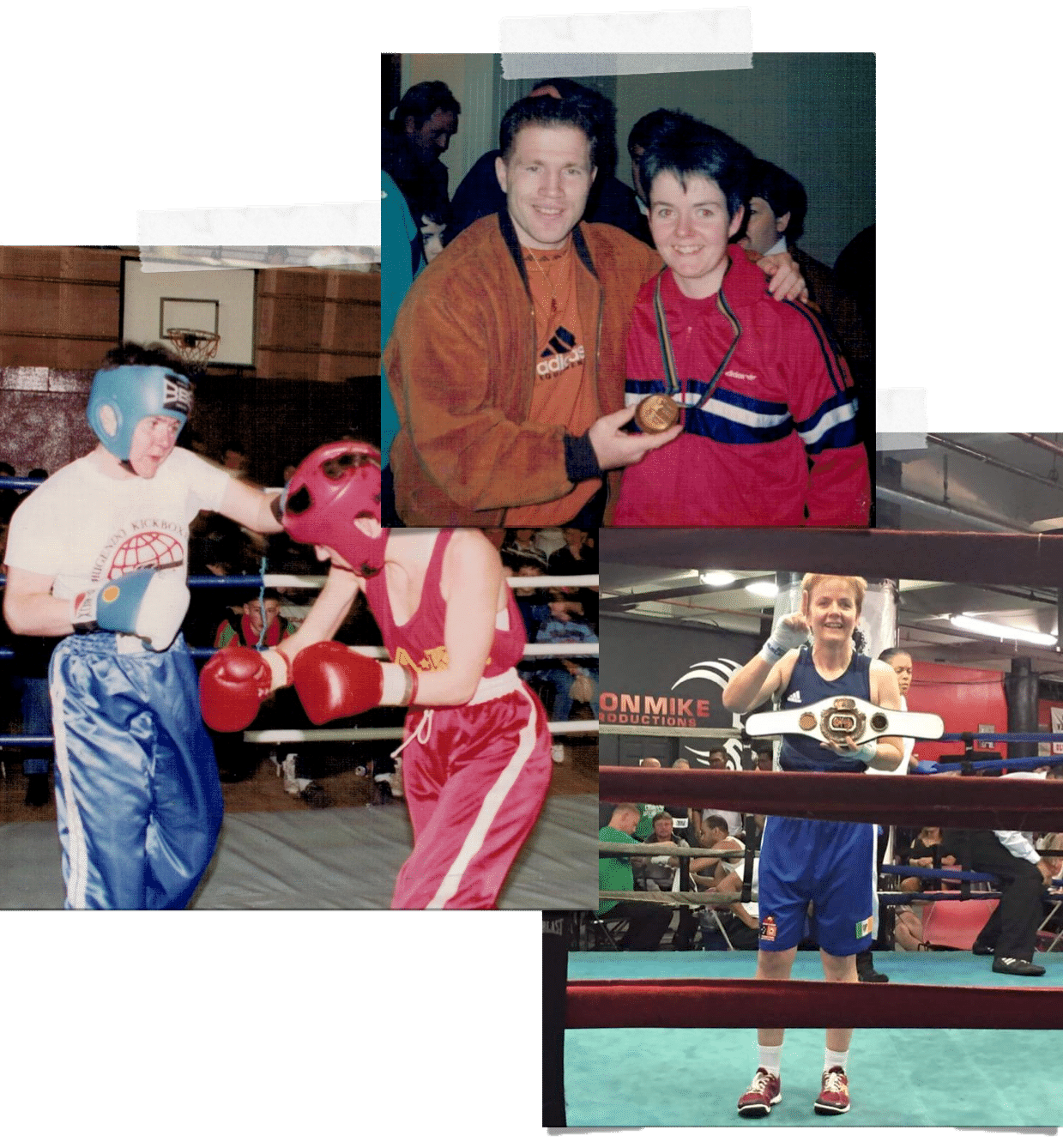 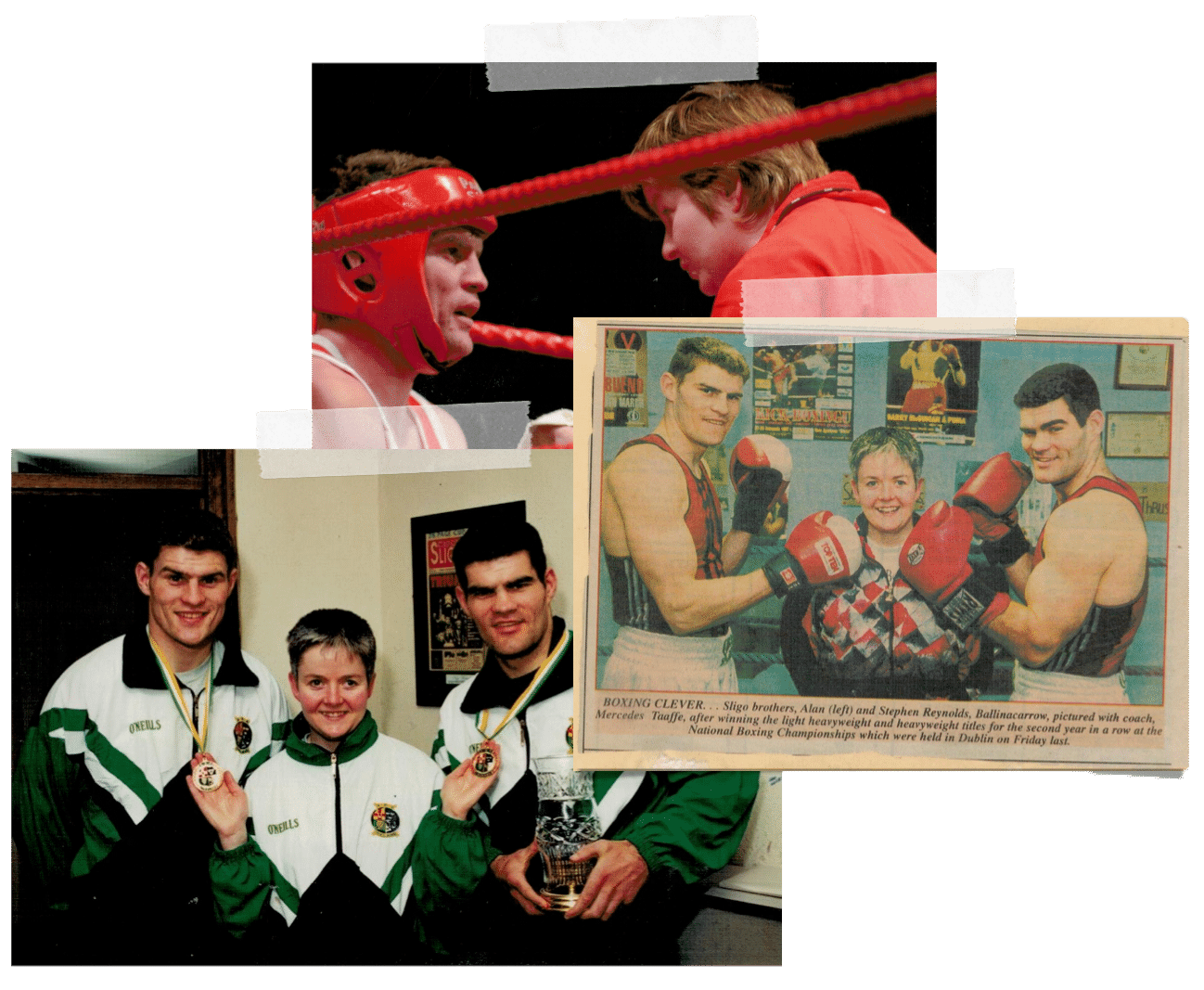 Having had my own life transformed through the power of sport, I sought to do the same for youth. As part of this commitment, I:

Having had my own life transformed through the power of sport, I sought to do the same for youth. As part of this commitment, I:

While working with youth as a sports coach, I began to notice that many weren't reaching their full potential as a result of personal life factors.

As a result, I sought to improve my understanding of psychology, and today, I'm honoured to say that I've: 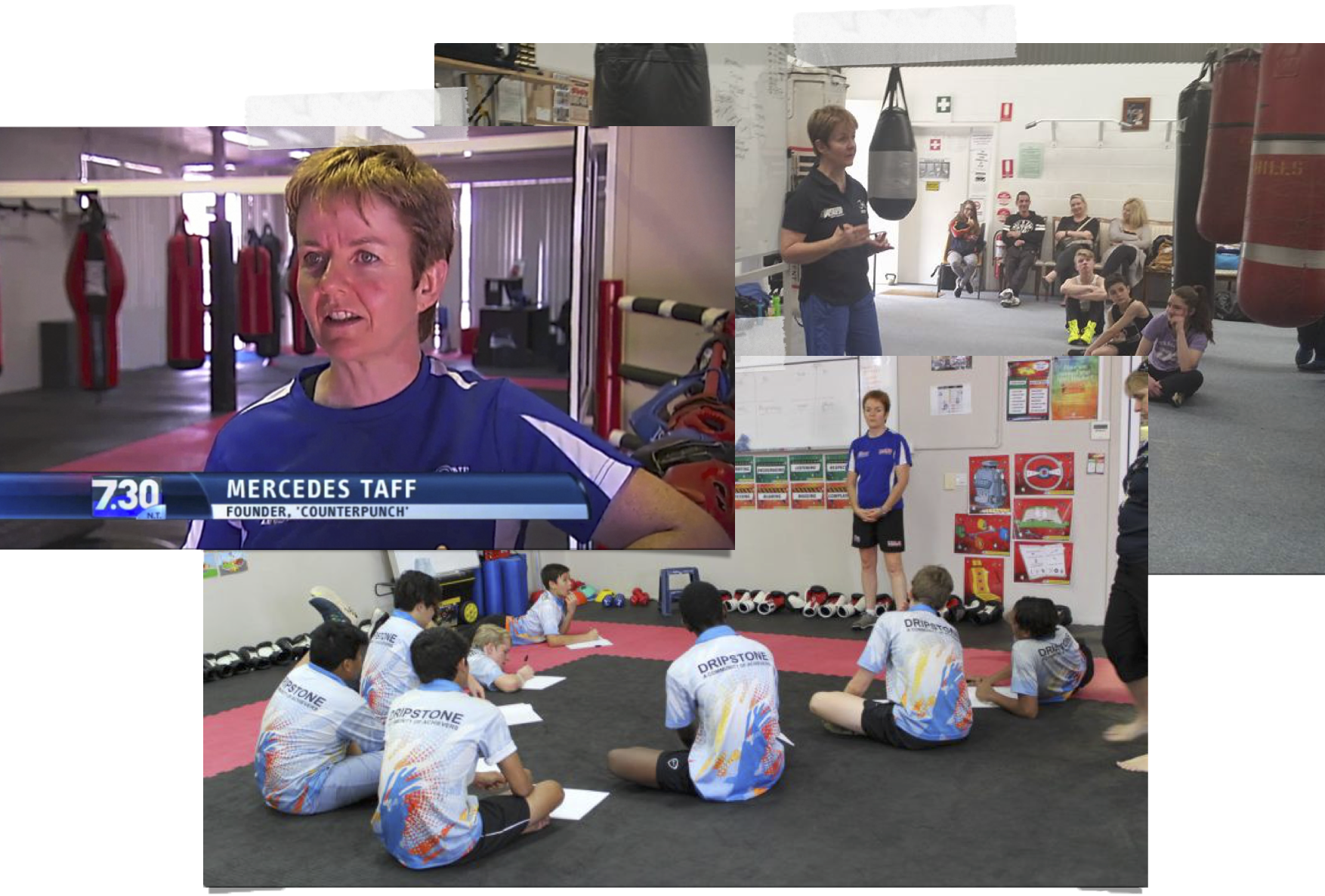 Eventually I realised there's only so much 1 person can do on their own, so I decided it was time to share CounterPunch with the world (hint: that's where you come in!). As part of fulfilling that mission, I have: 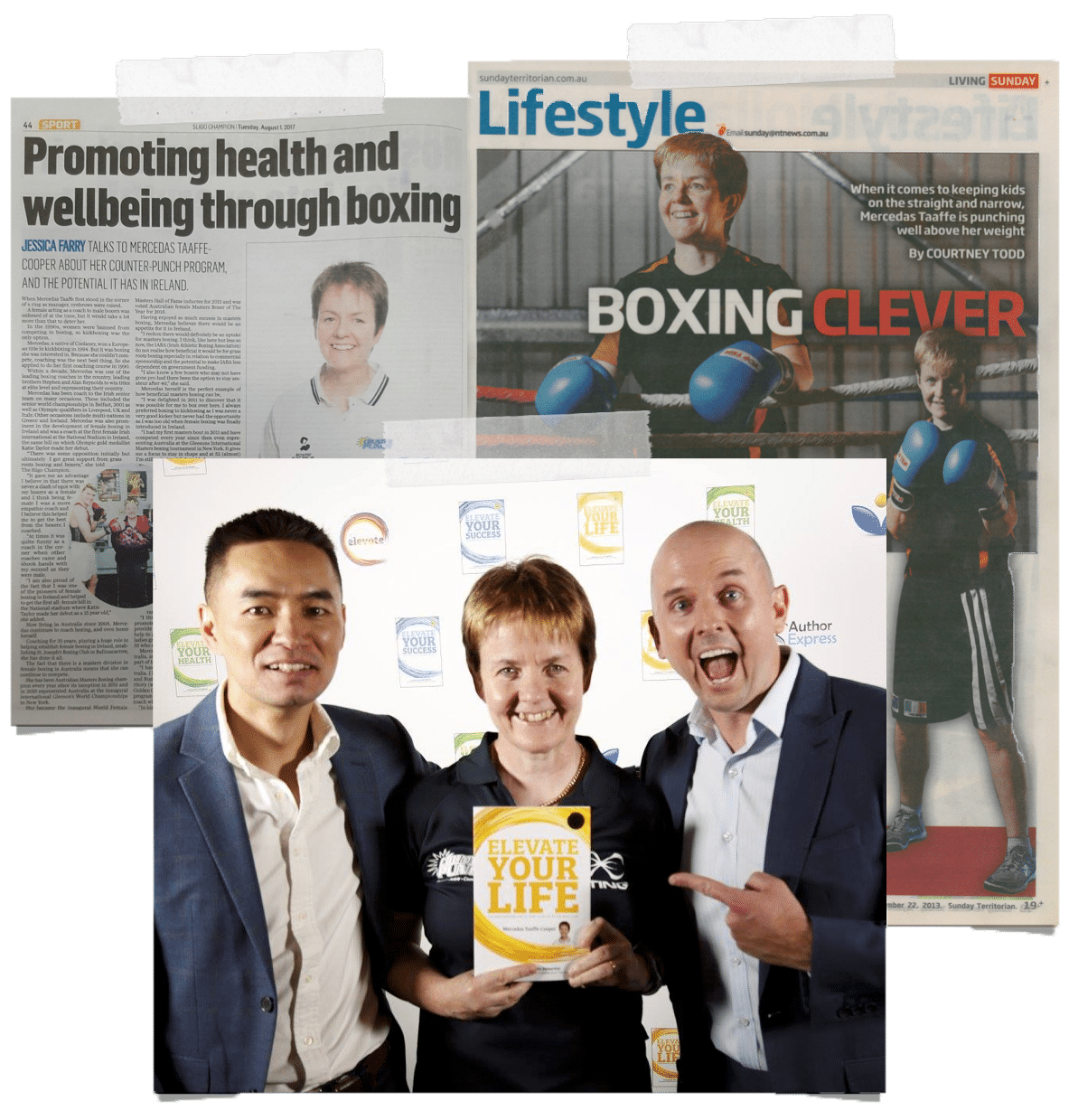 Eventually I realised there's only so much 1 person can do on their own, so I decided it was time to share CounterPunch™ with the world (hint: that's where you come in!). As part of fulfilling that mission, I have:

Why Combat Coaches Get CounterPunch™ Certified 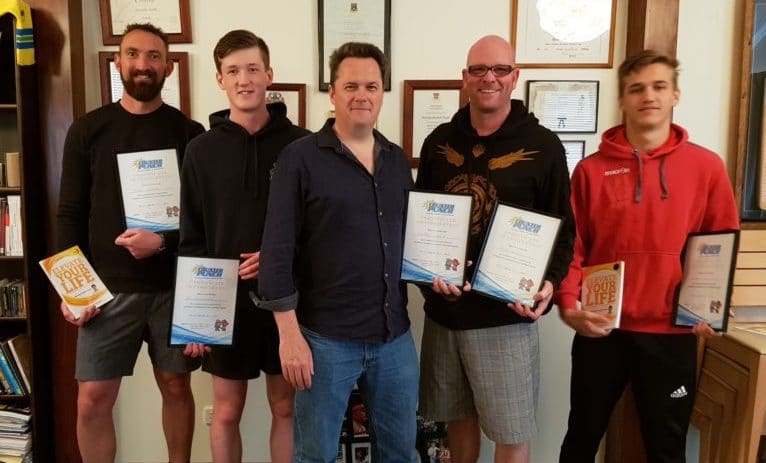 Because you want to grow your combat coaching in a highly leveraged way that doesn't require too much investment of time, energy and money.

Because you see gaps in the education and societal system, and you want to help educate young people not just academically, but also mentally, physically, and emotionally.

Because you want to take your combat coaching to the next level and stand out with the services you offer.

Because you believe societal harmony and a sustainable future is cultivated from developing the youth of today.

Because you see a great opportunity to help one of the hardest markets improve their lives – teenagers.

Because you're passionate about helping teenagers grow up with every means at their disposal to live a happy, successful and rewarding life.